If you’re thinking about giving international internet dating a try, you’ve no doubt wondered if a Filipina woman might have the right characteristics to be a good bride. As with any nationality, it’s impossible to say everyone is the same. You’ll find some people who conform to national characteristics, and others who  are quite different. But at the risk of making broad generalizations, there are many reasons why a Filipina might make a good wife.

Unlike many Asian nations, the Philippines has strong ties to Western culture. I’ve lived in and known people from many different Asian countries, and I’ve found that Filipinos are by far the closest to Westerners in terms of how they communicate and relate to one another. Of course, this is largely due to the fact that they were a Spanish colony for centuries, but also the high level of English fluency means that there is greater access to English-language literature and media. This creates a familiarity with English speaking countries and a readier acceptance of new ways of thinking. Growing up in a Christian culture also influences their ethics and morality. While they are often very proud of their nation and heritage, Filipinas integrate very well into a new environment.

It’s not uncommon for Filipinas to marry a man several years their senior, even when marrying within their own culture. Filipinas have been marrying foreigners for years, and it’s generally accepted that the man they will marry will be older. Sometimes, much older. When I met my wife, her friends told her she was lucky because I’m not so old. I’m actually 17 years older than she is, a huge age difference where I’m from, but “not so old” in the Philippines. Most men in their senior years seem happier to marry a woman who is more mature, if you are planning to start a family late in life as I was, you may be lucky enough to find a Filipina partner.

There’s not divorce in the Philippines, so it’s assumed that when one marries, they marry for life. As regards marriage, most of the Philippines is about where America was in the 1950s. Marriages do go bad, people separate and marriages even end, but people don’t go into a marriage thinking there’s a backdoor.

Many men, especially divorcees, think Filipinas will make good wives because they are submissive. While they will accept their husband’s decision more readily than many Western women, they doesn’t mean they’ll be happy. If you marry a Filipina, you may have to work harder to find out what she really thinks. While it may seem like a man’s dream to find a woman who won’t disagree with him, if you don’t respect your wife’s feelings you may end up getting your way but having an unhappy marriage. It’s like winning a battle but losing the war.

…to everyone! You may often hear that Filipinas make good wives because they prioritize family, but what culture doesn’t consider family important? There are a few ways in which Filipinas are especially family-centric. It’s assumed that (good) Filipino families work together as a unit. Everyone has a role from the time they are young. Their goal is the greatest good for the entire family. They may help to put brother or sister through college knowing it’s for the benefit of the family as while. They may help pay for a family member to work abroad so they can send money back to their parents. Of course, once you marry them, your family is their family too. They will be as concerned for your children’s well being as they are for their parents. They may even want to do more for your parents than you have been. If you’re not a family oriented person, you may be unhappy finding out you’ve married you’ve wife’s parents as well, but if you embrace the change, you’ll find yourself embraced and loved by people who will take you into their own family.

According to statistics, about 87% of Filipinos are Catholics, and around 5% belong to various Protestant groups. Filipinos are among the most devoutly religious Christians in the world, and religion forms an important part of life in the Philippines. Everywhere you go, you can see billboards with scriptural quotes. Jeepney drivers decorate their vehicles with images of Christ and the saints. Even those who are not very religious are likely to have their children baptized and their marriages solemnized in a church. Civil weddings are uncommon, but religious weddings are certainly what everyone expects. And you can certainly expect your wife to want to attend church fairly regularly and raise your children in the Church.

Are Filipinas Easier To Get Along With?

If you have trouble getting along with women in your own country, you should probably examine your own personality before deciding that marrying a Filipina is the solution. While some men may be happier being married to a woman from the Philippines, if you have problems communicating with a partner, if you have anger management issues, or if you are simply an unkind person, you’re going to be unhappy no matter who you marry, and you’ll drag a well-meaning woman into an unhappy marriage as well. Especially if you are argumentative, you may find yourself in an unhappy marriage. Many Filipinas will “shut down” if their partner becomes angry. Western women are more likely to assert themselves are argue with you, but a Filipina might simply be quiet. And if she feels you are unkind, she may not speak at all for a long time. It can be frustrating to try to work thing out with someone who doesn’t work the same way you do. So if you have a personality that repels women in your country, expect to repel Filipinas as well.

There are many things you have to consider when you are thinking about getting married. These tips are just a few of the most important. Self-examination and deciding what you are looking for and what kind of life and relationship you want to have with your future wife are really the keys to having a happy marriage. Filipinas make wonderful wives, but only if you find one suitable for you, and if you are suitable for them. 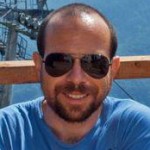